The new Eames Institute debunks myths about how designers work

by jdrakegrapdes | May 3, 2022 | Charles and Ray Eames, furniture design 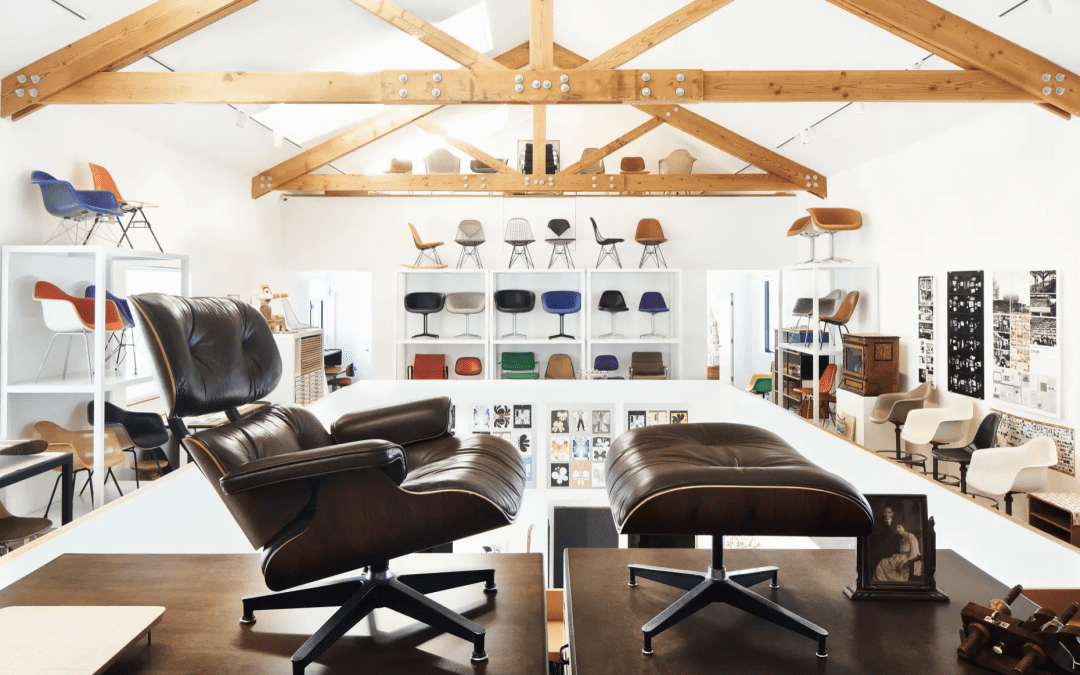 The recently opened Eames Institute of Infinite Curiosity is the kind of design lover’s paradise that makes you feel things: Playfulness, joy, wonder. This is specially true if you’re lucky enough to take a tour with chief curator Llisa Demetrios, the youngest granddaughter of mid-century design idols Ray and Charles Eames.

With a palpable warmth that is reminiscent of her grandparents’s famous hospitality, Demetrios animates the prototypes, maquettes (models), toys, and tools housed in the Eames family ranch in Petaluma, California with first person anecdotes.

She explains, for instance, that developing leg splints for the US military led the Eameses to pioneer a plywood bending technique that informed their future chair designs; or that the idea for their now-ubiquitous airport seating came about after interviews with the janitorial staff. She points to a pre-IKEA flatpack sofa-in-a-boxdesigned to survive ground shipping.

Working with Herman Miller in the US and later Vitra for the European market, the Eameses wanted to make good design available to the masses or “the best for the most for the least,” as they put it. Their chairs, furniture, toys, graphics, and one classic lounger and ottoman became emblems of American modern design. 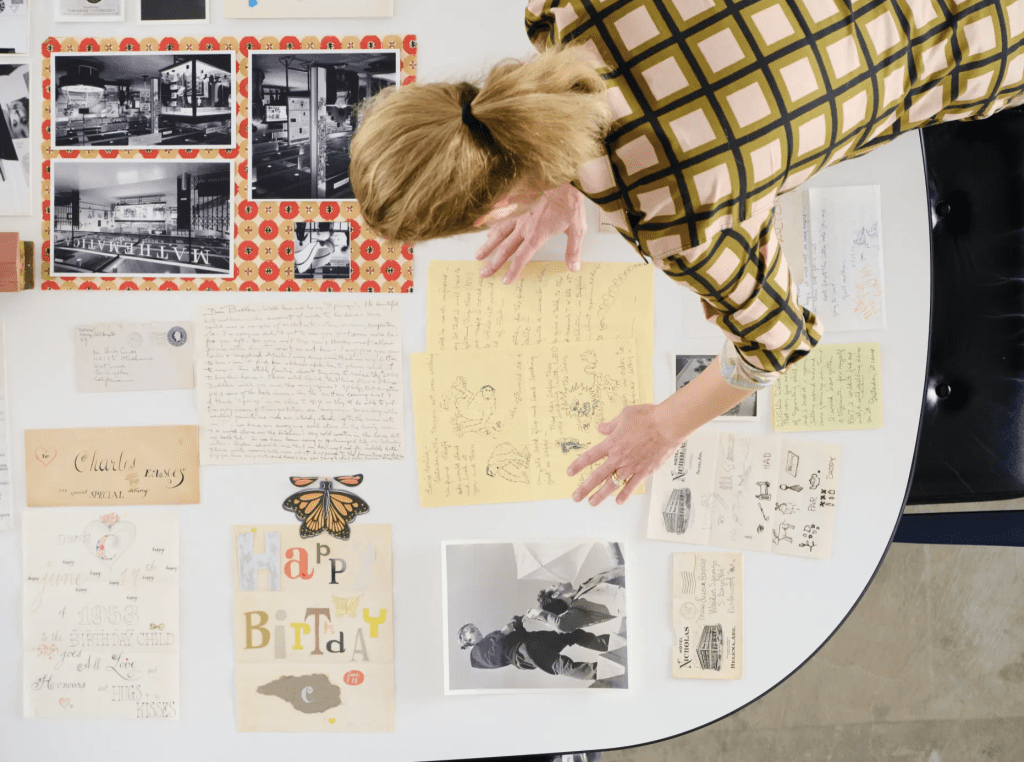 In opening the Eames archive to the public, Demetrios embraced a forward-looking and rather radical message: to debunk the notion that her beloved grandparents were geniuses.

“Their genius maybe wasn’t genius after all,” she says. “Maybe it was just a lot of hard work and dedication.”

A foil to the design industry’s relentless hype machine, the Eames Institute challenges a pervasive myth that only certain individuals can succeed in the design industry. “Ray and Charles didn’t believe in the notion of the gifted few,” Demetrios says. “They believed that you got good at what you liked to do through practice, exploration, understanding, and effort.”

A sculptor and a MoMA-trained archivist, Demetrios believes that lifting the veil to the Eames’s scrappy and playful process might embolden others to “feel that sense of limitless potential” and bring it to their work.

“The biggest misconception about Ray and Charles is that people think of them as designers with a capital D,” Demetrios tells Quartz. “They actually called themselves tradesmen; people came to them with a problem to solve.”

Opening Eames Institute to the public

Demetrios and her four siblings became the primary caretakers of the Eames legacy after their mother passed away in 2014. Ephemera that were not included in the Eames Collection at the US Library of Congress had been stored in boxes for years until the idea for an archive gained momentum when Airbnb co-founder Joe Gebbiainvested in the project last year. The internet billionaire who studied industrial and graphic design at the Rhode Island School of Design (RISD), says that reading about how the Eames came up with the molded plywood chair (LCW) led him to change majors. 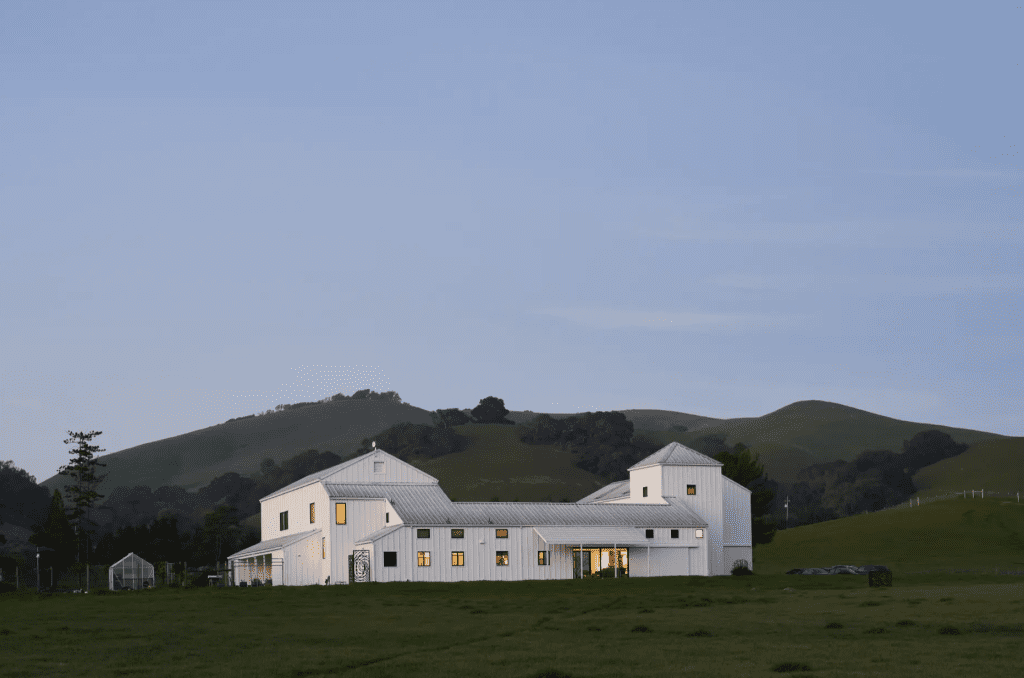 “I was in art school and suddenly my world changed,” said Gebbia at the Eames Institute’s April 23 launch event. “Charles and Ray democratized design and I thought that was way more exciting.”

For now, the Eames Institute’s collection can be accessed via interactive website including an engrossing online magazine called Kazam!. Demetrios says there’s a plan to build a larger building that can house about 20,000 objects from her grandparents’s home and office.

In an essay published on the Eames Institute website, John Carey, president and CEO, says he hopes to create a global hub for curious thinkers. “The Eameses’ vision remains relevant today for what it stirs within us,” writes Carey. “We believe that as more people explore their innate sense of curiosity and connect with the vibrancy that emerges from the intersection of dreams and problem-solving, we can accelerate a new ethos of world-changing.”

In branding the Eames Institute, there’s a deliberate effort to flip the order of the Eames’s names. The small tweak in billing from “Charles and Ray” to “Ray and Charles” evokes a recent shift within design circles where female designers are finally getting proper recognition after years of toiling in the shadows of their husbands.

Though the Eameses worked as creative equals, their clients and the media often ceded to Charles’s expertise. Ray, an accomplished painter and founding member of the American Abstract Artists was often depicted as her husband’s subordinate, much like Aino Aalto was to Alvar Aalto and Denise Scott Brown to Robert Venturi.

In a cringeworthy 1956 clip for instance, the talk show host Arlene Francis portrayed Ray as her Charles’s assistant. “As I told you she is behind the man but terribly important,” Francis cooed.

“They’re both equally important but I think this was a chance to bring more attention to their collaborative spirit,” explains Demetrios. “Just by saying it differently and reframing it a little bit gives us a new chance to draw out the specialness of Ray. When I was growing up I remember Charles would always say, ‘anything I can do, Ray could do better’. “