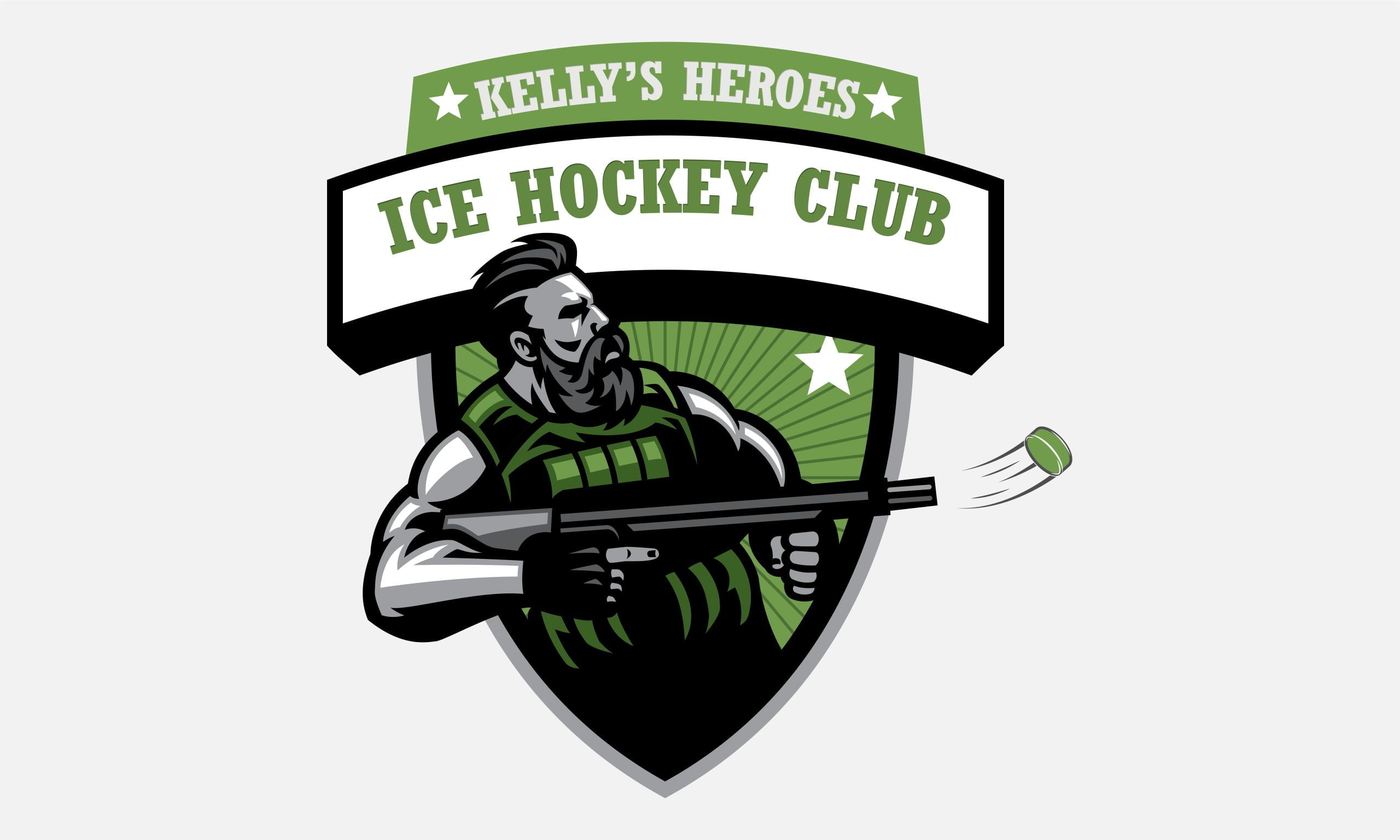 Occasionally when we meet with a client they have a general idea for a design. The captian of this hockey team had the team name and that was about it. He liked the name of an old Clint Eastwood movie Kelly’s Heroes. So that’s where we began, trying to develop a logo that encapsulates the brotherhood, teamwork and comedy that can sometimes develop when a group of friends join together to play a team sport. We needed a little bit of an edge in a logo design, after all this is for an ice hockey team! Hockey players are in general tough customers that don’t back down from anything, are always gritty and don’t mind roughing it up a little.

So with a little bit of sketching we started to design a logo with a little nod to soldiers that showed some of those forward facing fighting elements. We had a lot of fun creating this logo!