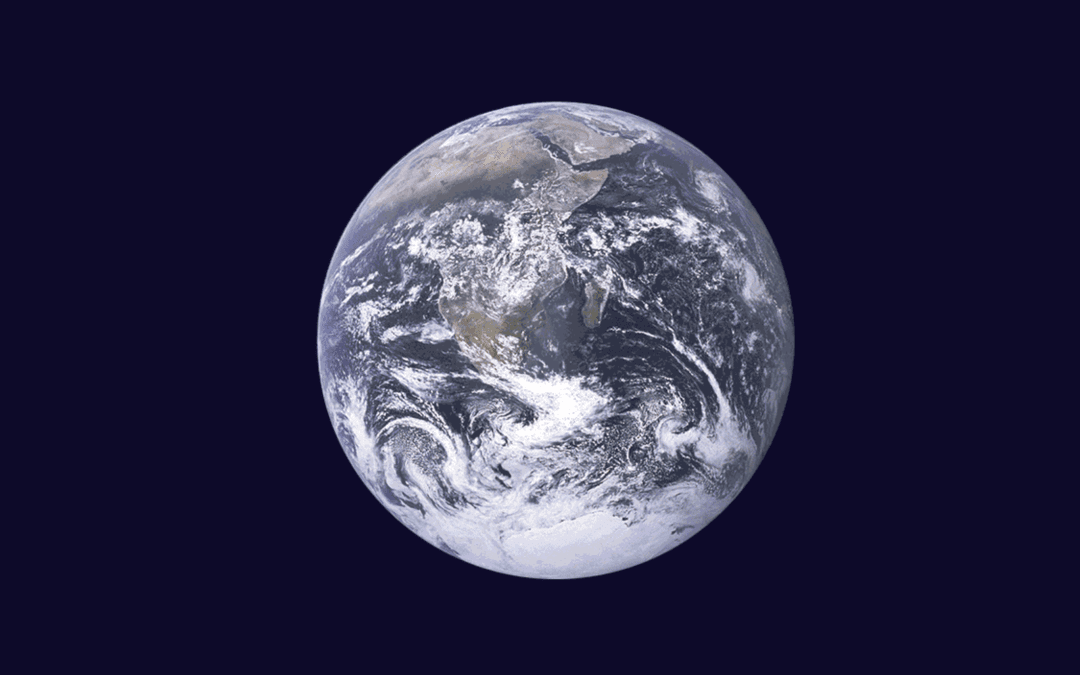 Earth Day doesn’t have an official visual identity, simply because it has had so many over the years. For the first Earth Day in 1970, a young designer named David Powell created an illustration for Philadelphia Earth Week that depicted an unusual vision of the planet. The image featured a circle with deep blue on the bottom, representing water, a bright yellow half sun on the top, and wavy green lines separating them, representing the Earth between. For Earth Day 1980, designer Lance Wyman, perhaps most famous for the 1968 Olympic Games identity, gave the day a mark in the form of a green heart, striped with longitudinal and latitudinal lines like you might find on a globe. But the most famous unofficial image associated with Earth Day today is a flag designed by activist and Earth Day founder, John McConnell, which shows the “blue marble” of Earth on a dark blue field, as if it were floating in space.

McConnell came up with the idea for “a day for the people of Earth” in 1969, and designed the flag in response, after seeing an image of Earth taken from space on the cover of LIFE magazine. The original flag featured his own rendering of Earth that he screen printed on two-color silk, but it was eventually updated to show the famous blue marble image of Earth that was captured during the 1972 Apollo 17 mission. McConnell was a former preacher and unrepentant idealist, who devoted his life to promoting world peace and became interested in ecology after seeing the effects of plastic pollution in the 1930s. In creating the flag he hoped to create not just an environmental statement but an image that represented unity and peace for the people living on the planet.

In the years after McConnell first designed the flag many variations of Earth Day branding have emerged, but the blue marble has remained the most enduring logo for Earth Day, for obvious reasons. For as long as we’ve been able to see the whole Earth from space, the meaning and use of the iconic image has been used as a symbol of communal environmentalism—to express personal responsibility, to enable greenwashing, and more recently, to represent our shared anxiety over the climate crisis. While the political weight of this image of Earth has waxed and waned over the last half century, the stability of the Earth’s climate and ecosystems has only declined.